July 31, 2016 (Day 9) – Budhi to Gunji (17-18 kms)
I  started at 5.30 am from Budhi and reached Chialekh at 8 am after a very stiff climb in rain. In Chialekh we had breakfast and our passports were checked there. Chialekh was all engulfed in fog and we missed seeing Mount Annapurna and beautiful flowers around.

From Chialekh we had to pass through muddy way all the way to the sinking village of Garbiyang, which had quaint houses having carved doors and newel posts. En-route you can see the confluence of Kali and Tinker rivers with Tinker river hurling into Nepal. We waited for Army load carrier which was supposed to ferry us to Gunji but we had to wait 2 and half hours for one yatri. The route to Adi Kailash yatra is common until Gunji. The pilgrims for Adi Kailash take turn toward Jollingkong. 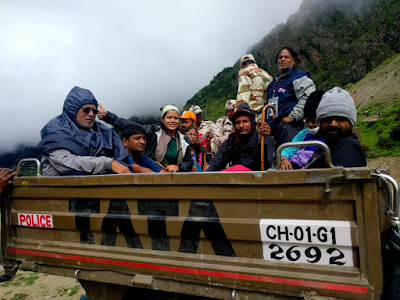 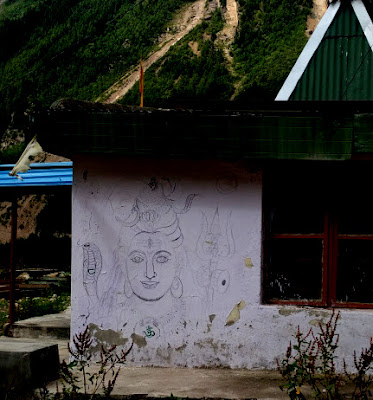 The road from Garbiyang to Gunji is 12 kms but trek route is around 7-8 kms. Finally after a bumpy ride and being stuffed like cattle, we reached Gunji at 12.30 pm. En-route we had lunch and lip smacking chutney at the village, Sitti. I forgot name of local leaves it is made from. By afternoon we reached Gunji and were received by ITBP officials. Hot tea and halwa was served on arrival. We cleaned our mud soaked clothes and shoes and finally got our luggage. Removed my tripod and tried some long exposure photography. There is an ITBP post at Gunji. Evening was studded with bhajans and friendly banter with Rishabh and  Chandrakanth. Tomorrow would be a halt at Gunji and medical tests would be conducted. Those unable to clear it won’t be allowed to proceed further. Everyone was tensed. I guess Rishabh and I were quite relaxed. 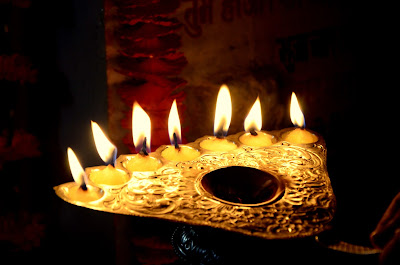 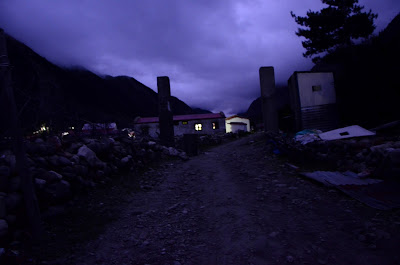 Today was a halt day at Gunji. ITBP medical team conducted medical tests for all yatris and those unable to clear would not be allowed to carry on with the yatra. Got up early in the morning, had bath and did Yoga. It’s a foggy day. Hope weather clears tomorrow so that we are able to see Om Parvat at Navidhang. Personally, I was not worried about medical tests and was allaying the anxiety of others by cheering them up. One female yatri from our batch could not proceed further as her Blood Pressure was in excess of 200 mmhg systolic. ITBP staff is extremely helpful. Tomorrow we shall leave from Gunji to Navidhang. Few ITBP personnel accompanied us until Lipulekh pass. 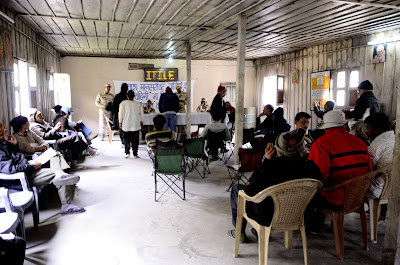 I started from Gunji at 5.45 am amidst rains and reached Kalapani by 8 am. En-route I saw Vyas Gufa. Kalapani is a mesmerizing place and is said to be the origin of river, Kali. I had breakfast of sumptuous Aloo Parathas and sang bhajans.


At Kalapani you have to get your passport checked and stamped and must get it done on your way back as well. After that is a gradual uphill climb until Navidhang. 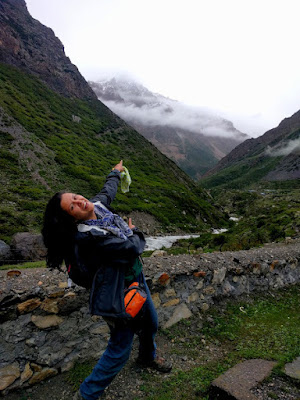 I reached Navidhang at 12.30 pm. It’s from the camp at Navidhang, yatris can view Om Parvat, which has pattern of snow, which resembles a naturally formed Om. Since it was a cloudy day, I could not see Om Parvat. Navidhang was extremely cold and windy. I woke up at night hoping that clouds might have cleared and I would get darshan of Om Parvat, but I was not fortunate. Tomorrow we cross over from Navidhang to Tibet via Lipulekh pass at night. Slept early for a tough day ahead. 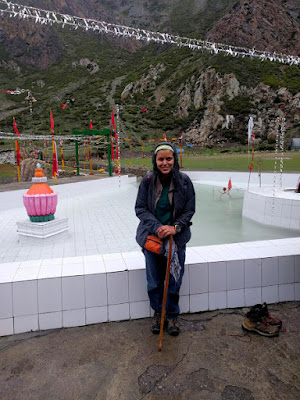 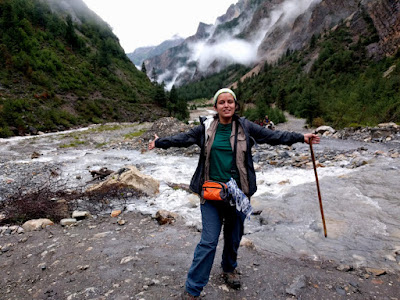 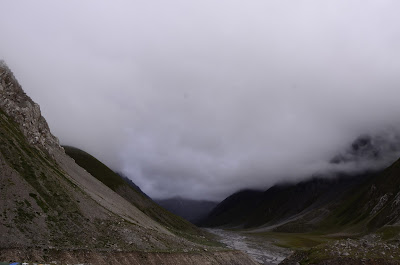 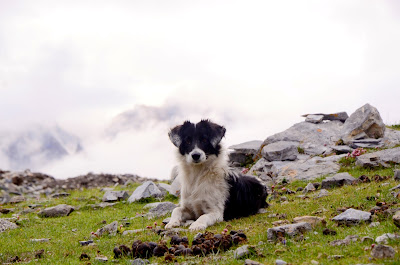 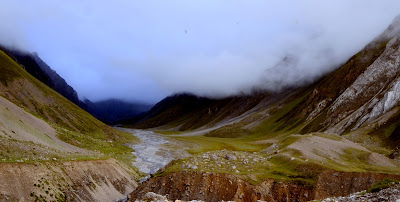 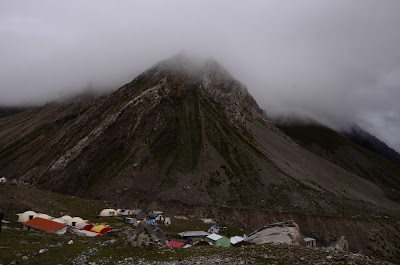 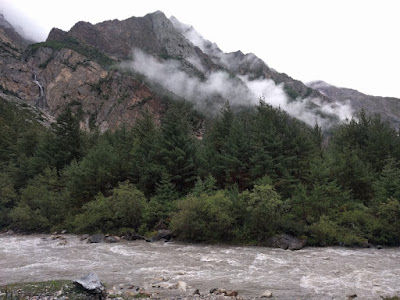 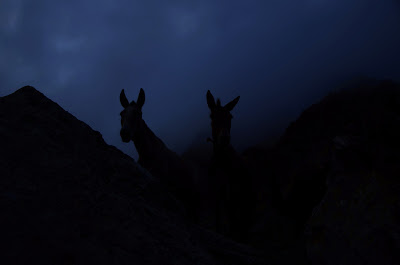 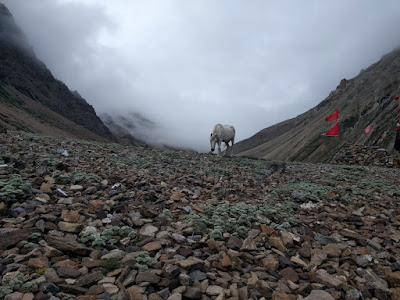